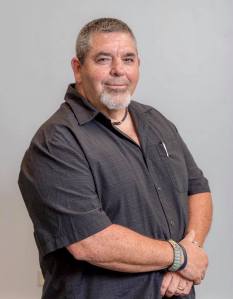 Bill is a parishioner of Saint Edward the Confessor Roman Catholic Church of which his wife’s family is one of the original founding families of the parish, former Catechist at Saint Edward’s Parish, former Licensed Foster/Adoptive Parent, Connecticut Department of Children and Families and former Parental Policy Council Member with Head Start of Fairfield County. Bill was also on the building committee for Saint Edwards the Confessor Church for 6 years and assisted in the building and design of the church’s addition back in 2002.

He is a retired Security Specialist / Lead Firearms Instructor with the United States Department of Justice/FBOP. He is presently a Patrol Sergeant, Marine Enforcement with the Candlewood Lake Authority. Bill has been married for 28 years and has 2 sons who are attending Danbury High School and Henry Abbott Technical High School.

Bill is running for City Council because he wants to be a voice of the residents and wants to continue giving back to his community by helping improve the city we love.

We have space available in our program book for the Fall Gathering.

Last night, the City Council voted on the SNAPP-2020 Bond. During the discussion period, I and four other Democratic Councilmen advocated for a comment period that was BEFORE the vote rather than after the vote as the motion called for. The COVID-19 pandemic has changed the way things are being done and your ability to […]