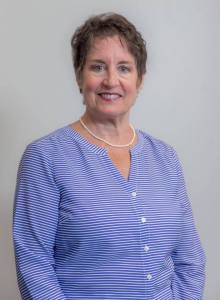 Martha is a 40-year Danbury resident. She is President of the Long Ridge Neighborhood Preservation Association and is an active proponent to protect all Danbury neighborhoods for the benefit of resident taxpayers.
Martha attended Western Connecticut State University (1968-70) and graduated from Emerson College, Boston, (1973). She did post-graduate studies at Harvard University and the School of Visual Arts in NYC.
After spending 30 years in the New York advertising industry, she founded and owns The Pushpin Press and is a published author, graphic artist, and book shepherd. Rhodes received the 2016 PM360 ELITE Award for her work as a patient advocate for patients suffering with Treatment Resistant Depression.
She is married to John Rhodes for 41 years and they have two grown children and three grandchildren.
Martha will be a great addition to the Zoning Commission. She will be a voice for all residents and is dedicated to our community. Let’s elect Martha to the Zoning Commission as a voice of common sense.

The Danbury Democratic Town Committee (DDTC) holds regular meetings and special meetings during the year.  We now stream our meetings live via Youtube at Danbury Democrats – YouTube . To submit comments or a request to address the DDTC, email DDTCquestions@gmail.com .

Have you ever thought about becoming a candidate for public office?

Now’s your chance!  The Danbury Democratic Town Committee is looking for serious candidates for public office for the 2021 Municipal Election.

Just fill out this form for consideration as a candidate.

With the safe reopening of schools on everyone’s mind, it is critical that we as a community examine Danbury’s public education in its entirety. Our schools have suffered from chronic underfunding by city leaders. Despite higher state funding per student than peer districts such as Norwalk or Stamford, Danbury spends a third less per pupil […]

At a time when Connecticut is turning the corner and showing the promising results of a steady recovery from the COVID-19 pandemic, we get hit with another type of adversity, Tropical Storm Isaias. While nobody can prevent weather events from causing damage to the systems we rely on, we do expect to have a strong […]

In this unprecedented era, not only as city council members, but also as fathers, we are concerned about the challenges facing this upcoming school year. While collectively we have three kids in our public schools, our concern is not only for the children, but also our dedicated teachers and staff. Their health and wellness are […]